Born and raised in Springfield, Missouri, Chris Williams currently lives in Berlin, Germany, where he is a member of the Herbert von Karajan Academy, the training orchestra for the Berlin Philharmonic. This academy brings top young professionals from across the world together to perform both as a chamber orchestra and alongside members of the Berlin Philharmonic. He has also performed with the Deutsches Symphonisches Orchester and the Konzerthausorchester Berlin. Prior to his move to Europe, Chris performed with the Civic Orchestra of Chicago, the South Dakota Symphony Orchestra, the Peoria Symphony Orchestra, and the Omaha Symphony, among others.

Chris received his Master’s degree from the University of Illinois at Urbana-Champaign and Bachelor’s degrees in both Horn Performance and Music Theory from the University of Missouri at Kansas City. Before he was given a position with the Karajan Academy, Chris also spent time at the Orchesterzentrum NRW, where he studied with Frank Lloyd. After Chris started lessons with his older brother, he went on to study with Martin Hackleman, Thomas Bacon, Ellen Campbell, and Johnny Woody. Chris has also had the pleasure to perform at master classes for great performers such as Bill Barnewitz, Jeffrey Agrell, Tod Bowermaster, and Roger Kaza among others.

With a passion for performing as a soloist, Chris has participated in several competitions around the world. He was a finalist in the Professional Division at the International Horn Competition of America in 2015, and was invited to perform at the Prague Spring Competition in 2018. His other solo performances include joining the Springfield Youth Symphony (Missouri) and the UMKC Wind Ensemble, as well as reaching the finals for the UMKC Chancellor’s Concerto Competition, the Krannert Center Debut Artist Competition, and the Mid-South Horn Workshop Concerto Competition.

Outside of music, Chris enjoys spending time with his wife Briana and their 6 year old black lab Maurice, riding bikes around Berlin, and eating lots and lots of Döner kebab. Having attended Kendall Betts Horn Camp in 2017, Chris is absolutely thrilled to join the staff this year and pass along the joy (and sometimes frustration) of horn to others. 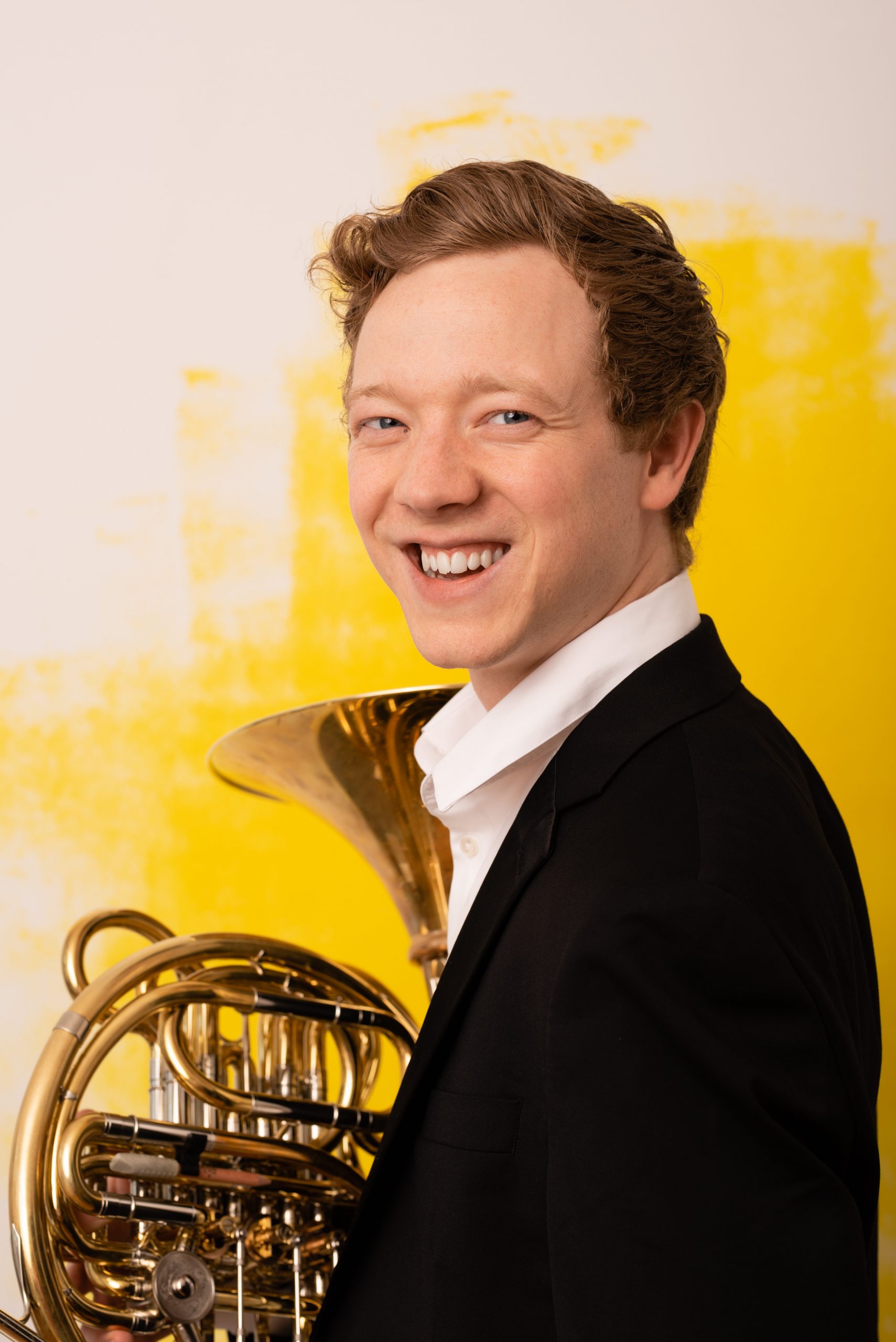