Bernhard Scully is the Associate Professor of Horn at the University of Illinois at Urbana-Champaign. He is the Artistic Director of the Kendall Betts Horn Camp (Cormont Music), and a member of the North Country Chamber Players, all located in the White Mountains of New Hampshire. He is the former horn player of the Canadian Brass and former principal horn of the Saint Paul Chamber Orchestra. Among his many awards are top honors at numerous competitions, most notably being the first classical brass player to win a McKnight Fellowship for Performing Musicians.

As the Horn player of Canadian Brass, Bernhard annually toured the world over, is featured on many CDs and videos, and performed in front of orchestras that included the New York Philharmonic, Philadelphia Orchestra, Detroit Symphony, Vancouver Symphony, National Arts Centre Orchestra, and the Toronto Symphony. The Canadian Brass has been featured guest artists at prestigious music events and festivals including Music Academy of the West, Oregon Bach Festival, Banff Centre For the Arts, Texas Music Educators Convention, Midwest Band and Orchestra Clinic, Chautauqua Festival, Schleswig-Holstein Festival, NAMM Convention, and numerous others.

As Principal Horn of the Saint Paul Chamber Orchestra, Bernhard was often featured as a soloist, performing notable works by Mozart, Strauss, and Britten. He toured with the SPCO both nationally and internationally,  performing at venues such as Carnegie Hall. His concerts with the SPCO were broadcast weekly on National Public Radio. He is also featured on the SPCO’s 50th Anniversary Chamber Orchestra Festival recording. Since his departure to pursue a solo and teaching career, Bernhard has returned to play guest principal horn under the acclaimed director, Pinchas Zuchermann. He has collaborated with many great North American Orchestras including the Chicago Symphony, San Francisco Symphony, Minnesota Orchestra, Cleveland Orchestra as guest principal horn, Pittsburgh Symphony as guest principal horn, and as principal horn of the Violon du Roy in Quebec City.

As a soloist, Bernhard is featured on numerous recordings. His solo album, “Dialogue en Francais: French Masterpieces for Horn and Piano”, was featured on Minnesota Public Radio. His recording “The G. Schirmer Horn Collection Volumes One, Two, and Three (Hal Leonard Publishing)” includes much of the standard repertoire for horn and piano. The Instrumentalist describes these three volumes: “Scully offers musical, intuitive performances that provide a fine example for hornists of all levels. These carefully thought out publications are a good investment for future growth and belong in every horn teacher and players library.” Bernhard can be heard as a featured performer on numerous Canadian Brass CDs. He just released his latest CD, “Windows in Time”, that features the premiere recording of Gunther Schuller’s “Quintet for Horn and Strings (2009)” in collaboration with the acclaimed Jupiter String Quartet. The album also includes W.A. Mozart’s “Quintet for Horn and Strings, K. 407”. Gunther Schuller produced this recording himself, and this was one of the last projects he took part in before his unfortunate passing in 2015.

As a pedagogue, Bernhard has given lectures and master classes around the world and is a regular featured artist at international music conventions and festivals. He has been on the faculties at the Chautauqua Festival, Rafael Mendez Brass Institute as a member of the Summit Brass, Music Academy of the West, Brevard Music Festival, Eastman School of Music, in residence at the University of Toronto with the Canadian Brass, Madeline Island Music Camp as a member of the Prairie Winds, and the Illinois Summer Youth Music Horn Week. His students now occupy positions all over the globe as performers, educators, and scholars. 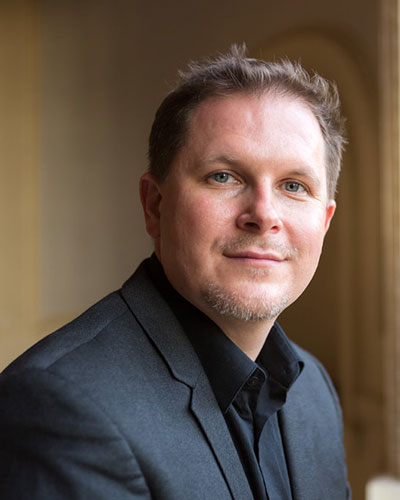