William Purvis pursues a multifaceted career both in the U.S. and abroad as horn soloist, chamber musician, conductor, and educator. A passionate advocate of new music, he has participated in numerous premieres including horn concerti by Peter Lieberson, Bayan Northcott, Krzysztof Penderecki and Paul Lansky; horn trios by Poul Ruders and Paul Lansky; Sonate en Forme de Préludes by Steven Stucky; and recent premieres by Elliott Carter, Retracing II for Solo Horn and Nine by Five with the New York Woodwind Quintet.

He is a member of the New York Woodwind Quintet, the Orchestra of St. Luke’s, the Yale Brass Trio, and the Triton Horn Trio, and is an emeritus member of the Orpheus Chamber Orchestra. A frequent guest artist with the Chamber Music Society of Lincoln Center and the Boston Chamber Music Society, Mr. Purvis has collaborated with many of the world’s most esteemed string quartets, including the Juilliard, Tokyo, Orion, Brentano, Mendelssohn, Sibelius, Daedalus, and Fine Arts string quartets.

A Grammy Award winner, Mr. Purvis has recorded extensively on numerous labels including Deutsche Grammophon, Sony Classical, Naxos, Koch and Bridge. He is currently Professor in the Practice of Horn and Chamber Music at the Yale School of Music, where he is also coordinator of winds and brasses, and serves as director of the Yale Collection of Musical Instruments. 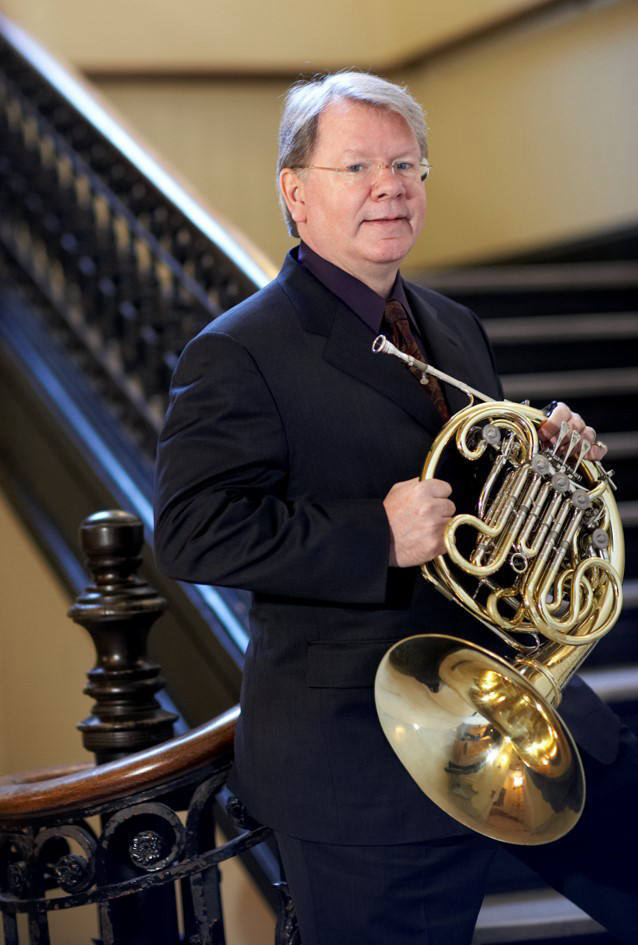