Hailing from Erie, PA, Chelsea Nelson’s early career path has taken her to Rochester, Chicago, Houston, San Antonio and most recently, Philadelphia. In each city, she has worked as a freelance musician and teacher. Some of Chelsea’s fondest memories as a young musician are playing horn on the KBHC boathouse deck overlooking Lake Ogontz, and she’s excited to return to camp this year as a staff member.

In her new home in Philadelphia, Chelsea is pursuing a freelance music career. Prior to returning to her home state, she spent three years in Texas working in numerous school districts, where she maintained a studio of approximately 50 students per week. In addition to teaching privately, Chelsea taught masterclasses at several prominent Texas high schools to prepare students for All-State and college auditions. In 2019, she was hired to teach band and choir at a small private high school in San Antonio.

Aside from her numerous teaching endeavors, Chelsea performed with several ensembles in Texas, including the San Antonio Symphony, the Mid-Texas Symphony, and the award-winning community ensemble, the Texas Medical Center Orchestra. She was also a member of the Greenbriar Brass Quintet in Houston and played regularly in church ensembles.

Chelsea received her Bachelor’s of Music degree and an arts leadership certificate in 2015 from Eastman School of Music, where she studied with Peter Kurau. At Eastman, she was a founding member of the student-run ensemble, The Sound ExChange Orchestra. Following Eastman, Chelsea attended Northwestern University to pursue her graduate degree in music performance under the tutelage of Gail Williams and John Boen. During her time in Chicago, Chelsea performed with the Chicago Symphonic Winds and the Northwestern University Symphonic Wind Ensemble (NUSWE). She can be heard on NUSWE’s 2017 recording, “Reflections,” under the baton of Dr. Mallory Thompson. 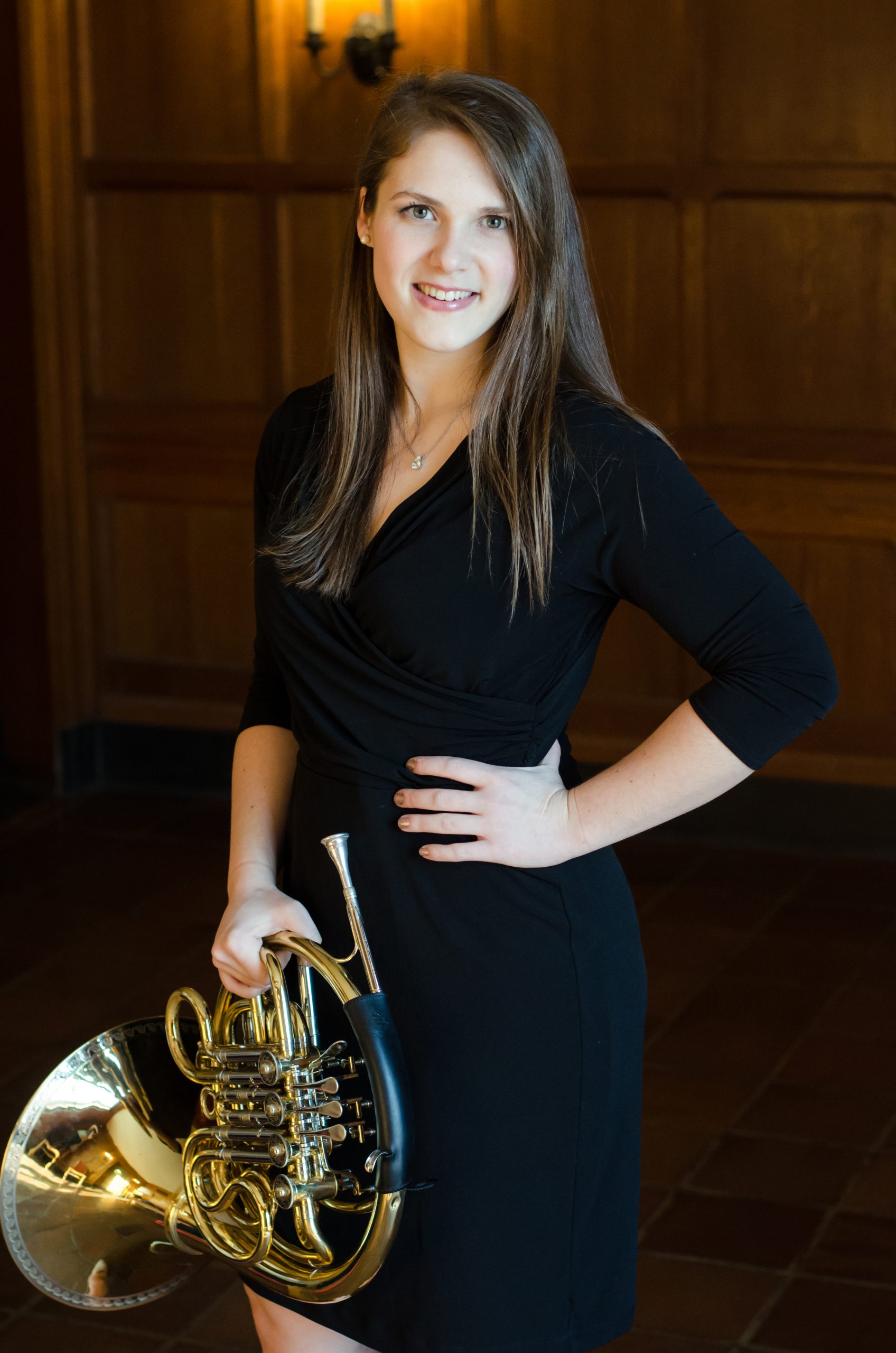