As a violinist, he has performed with the Cabrillo Festival Orchestra, New Millennium Orchestra of Chicago, Matt Ulery, ensemble dal niente, Spektral Quartet, the International Contemporary Ensemble (ICE), Contempo, eighth blackbird, and the International Chamber Artists. He has appeared at the Ojai Festival of Music, in productions at Chicago Shakespeare Theater, Writer’s Theatre, Victory Gardens Theater, Marriott Theater, Paramount Theater and Broadway in Chicago, and on stage with Marco Antonio Solis, Jay-Z, Mary J Blige, and on the Oprah Winfrey Show with Susan Boyle. His principal violin teachers include Jorja Fleezanis, Sherban Lupu, Gregory Fulkerson, and Lee Snyder. He received his Master of Music at the University of Illinois at Urbana-Champaign and his Bachelor of Music and Bachelor of Arts (History, Highest Honors) from Oberlin College and Conservatory, where he was awarded the Comfort Starr Prize in History, the George and Carrie Life Fund for Excellence in American History, and was nominated into Phi Beta Kappa.

He lives in the Andersonville neighborhood of Chicago with his wife, Kyra Saltman, their infant daughter, Adara, and their two cats, Odin & Arlo. 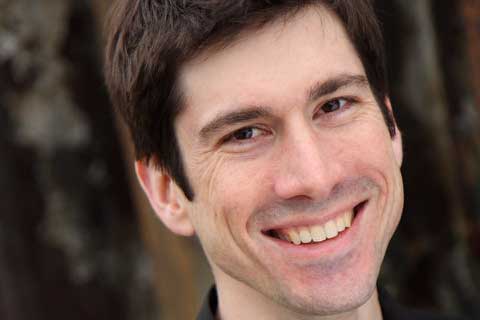